Ongoing training for your rescue dog 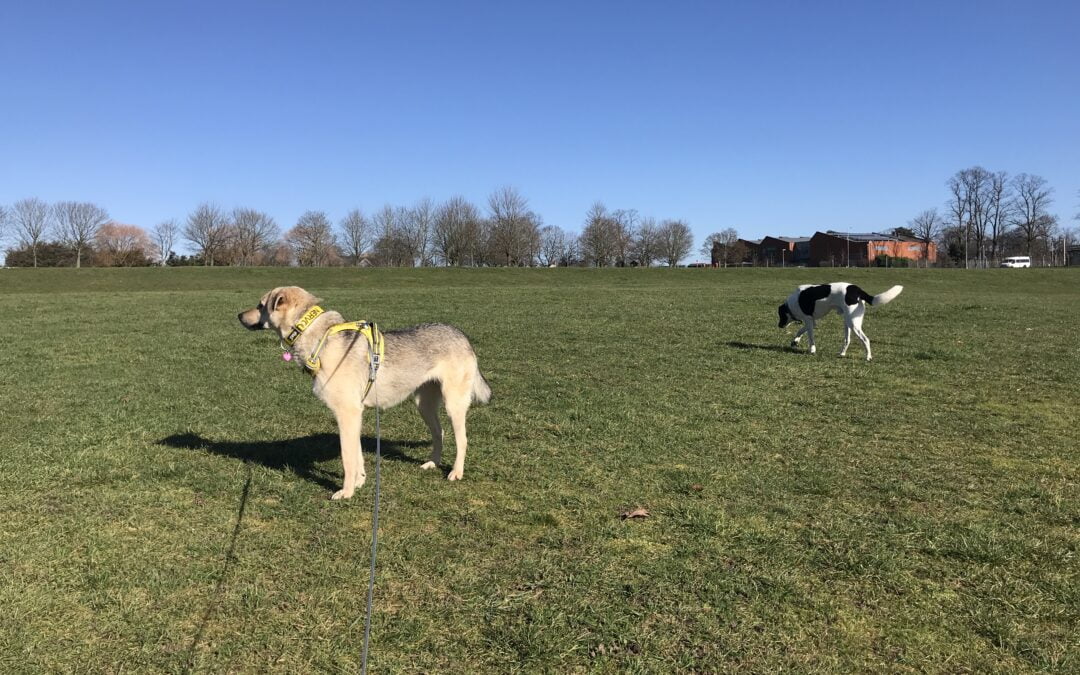 Ongoing training for your rescue dog is vital, as they missed out on key training when they were a puppy. It is really important to reinforce the messages that you are giving out to your rescue dog at all times.

Now, many working dogs are not rewarded with food and the reason that working dogs are not rewarded for with food is because it doesn’t actually teach them the required behavior. It’s a form of bribery, which works brilliantly for rescue dogs that were once very hungry. However for dependable service dogs, such as dogs for the blind, or for the deaf  it’s really important that the dogs are dependable at all times, and are taught to recognize cues, hand signals and voice commands. Rather than you’ll get this treat if you do this.

However that aside, it’s really important for you to keep up with your ongoing training with your dog. Think about games don’t keep the games the same build them up, extend the range, if you’re playing the box game where currently my dogs are up to three boxes, build it up to five or six, or eventually 10.

If your dog loves to sniff things out. Make a sniff assault course in the garden, in the home, on a walk.

Look for great and simple ways in the day to carry on instilling the training that you’ve already put in with your dog.  Do not get complacent, especially with recall.

Look out for my blog on the bull and walking rescue dogs. As this explains exactly why it’s important for recall to be good and for you as a responsible dog family to be reiterating what it is you want from your dog. It can be easy to fall into bad habits, letting dogs have food off your plate can lead to them, begging, which you might be fine with especially if you live on your own. However it’s not nice when you have people around for supper or that your dog jumps up and you think it’s lovely because you have a cuddle with your dog, however if your dog has arthritis or develops arthritis in their hips and standing up on their back legs becomes painful then they become prone to being aggressive in that position, or you let them jump up which is fine for you but not for your neighbor’s two year old granddaughter who pops around say hello, unexpectedly, and gets flattened by your boisterous dog.

Think about keeping and maintaining those good habits and those good habits are building lasting good behaviors that make your dog a delight to be around. There are many, many reasons why training on an ongoing basis can be super helpful for your dog and another one of those is that it engages the brain. A simple way to improve the bond between you and your dog is to spend some time together, training isn’t to be looked at like a chore. It’s a fun activity and it’s something different from a walk, or having food, and it adds variety to their life, variety and enrichment stops dogs, especially intelligent dogs from becoming bored. Bored dogs can become disruptive, restless and have what’s called a naughty behaviours. How do you keep up with ongoing training for your rescue dog. What sorts of things have you had to overcome.

For both of our dogs different things have come at different times in their journey into settling into life in the UK, Buttercup, for instance was terrified of the hoover and now, thanks to Marshall who’s relatively calm around the hoover if I am calm with him and also treat him for staying still, Buttercup has learned that the hoover doesn’t mean death or anything terrible’s going to happen, and can tolerate it being pushed around  in her space, as long as it is done slowly, and she is prepared and also has an escape route if it gets too much. She’s still wary when we meet people on a walk.  We met somebody yesterday they got out of the car and opened the gate. She’d never seen that before so she immediately went into her freeze mode. She’d never seen the neighbour get a visitor and stop to stare at what was going on. So although she’s been here for a while new things are still happening in her life, although not all of the time. So games that build up her confidence are still incredibly important. And as doggies age, their confidence can fade. So confidence building games are a key part. Part of them staying young mentally as they get older.

Let me know what sort of things gains and training you do for your dogs, I’d love to hear from you.

If you’d like to talk to Ruth about work with her on Animal Communication then book a free chat using the button below.