Turtle Conservation, what can you do? 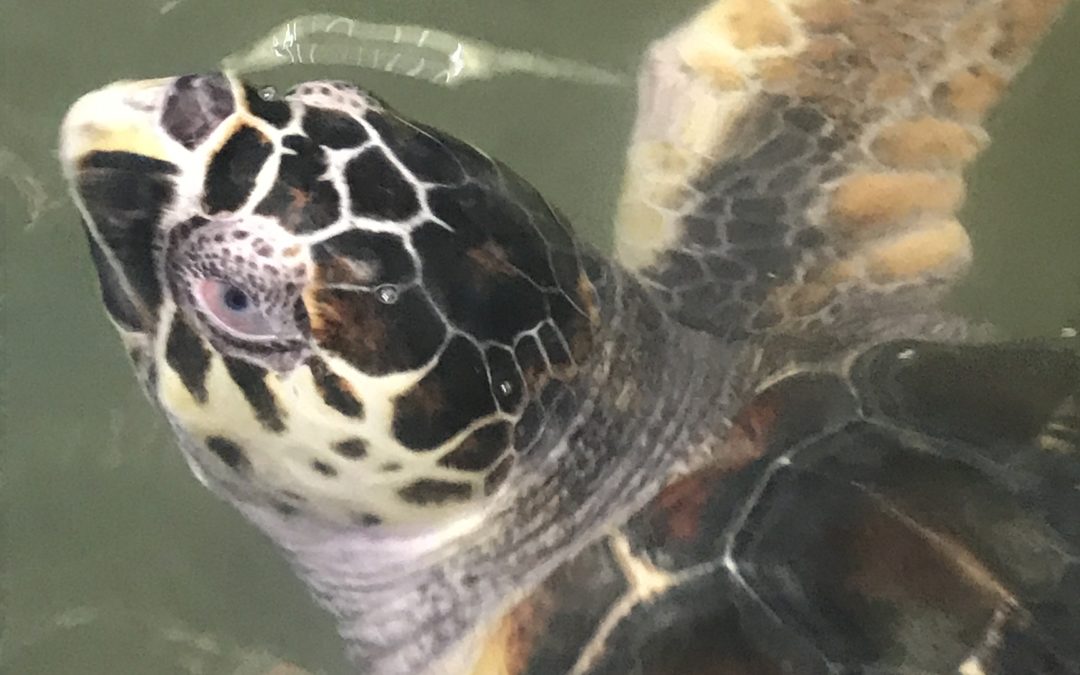 Turtle Conservation, what can you do?

On arrival in Hiriketya southern Sri Lanka we headed to a local beach and were delighted to see a beautiful hawksbill turtle, not just once but multiple times. He popped up to say hello and showed us his impressive bill, much like that of a big bird and distinguished by his markings while we swam nearby, much like this guy here who we met at the local Turtle Sanctuary a few days later. 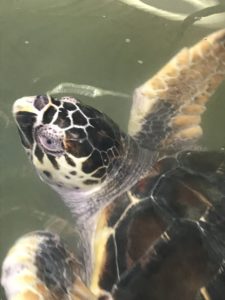 Five of the world’s eight turtle species can be found around Sri Lanka and we wanted to know more about them, so we headed to a local sanctuary.

Learning about the turtle conservation near Galle in Sri Lanka was a bittersweet experience, they date back more than a million years!

Most turtles end up there as they are disabled or injured or are hatched there.

The locals who run it struck a deal with poachers to buy the eggs from them, put them in a hatchery and release them into the wild when its time for them, rather than them ending up on a dinner plate.

On the day of our visit, that year alone they had released over 30,000 baby turtles into the wild and many others were in the process of being rehabilitated, fed up or cared for before being re-released to the wild. 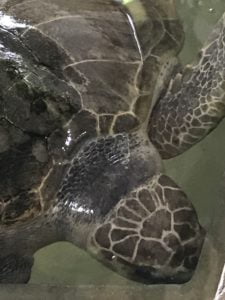 Injuries mainly occur from fishing, either wire or nets becoming entangled or hooks which become swallowed or caught in their eyes, without which they are unable to see to feed.

Some injuries cause damage to the shell and then air gets in and they are unable to dive or feed.

Sadly there isn’t much is humans can do to fix the turtles when this occurs other than supporting a local sanctuary who provides a safe haven for them to live out their existence while educating locals and tourists alike.

At the sanctuary it was lovely to see turtles recovering from softshells, to know they would be returned to the wild when healthy enough.

Olive Ridley – a soft pale green-grey, much lighter colour than the others. Live to around 100 years old and are the only turtle to nest anywhere on any beach.

Leatherback – aptly named after it’s soft leathery shell is the largest of all and live to around 200 years old!

Hawksbill – this has a very distinct pattern in its head and beak-shaped bill. These are less common in the south and live to around 100.

Loggerhead – has a big beak and is a carnivore when young, when fully grown it becomes vegetarian much like many adult humans, and can live up to 100 years.

Green sea – these turtles have a much larger range than other turtles and migrate long distances between where they hatched and where they feed.  Named because of the green cartilage and fat on their bodies, sometimes they come out of the sea and sunbathe on the beach. 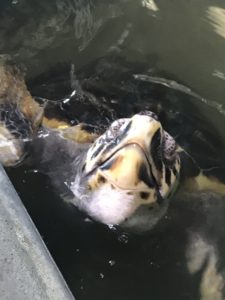 How can you help?

This is actually one way you can get involved as #beachclean projects help to make a difference, especially when visiting a country like Sri Lanka.

Reduce the amount of plastic you use at home, not all of it goes to landfill some are packaged up and sold to third World Countries, always take rubbish home and buy alternatives or biodegradable packing where possible.

Reuse whatever you can, as much as you can and buy things that are made to last, socks with holes in can be re-purposed as dusters.

Reduce the amount of waste you create by shopping more mindfully.