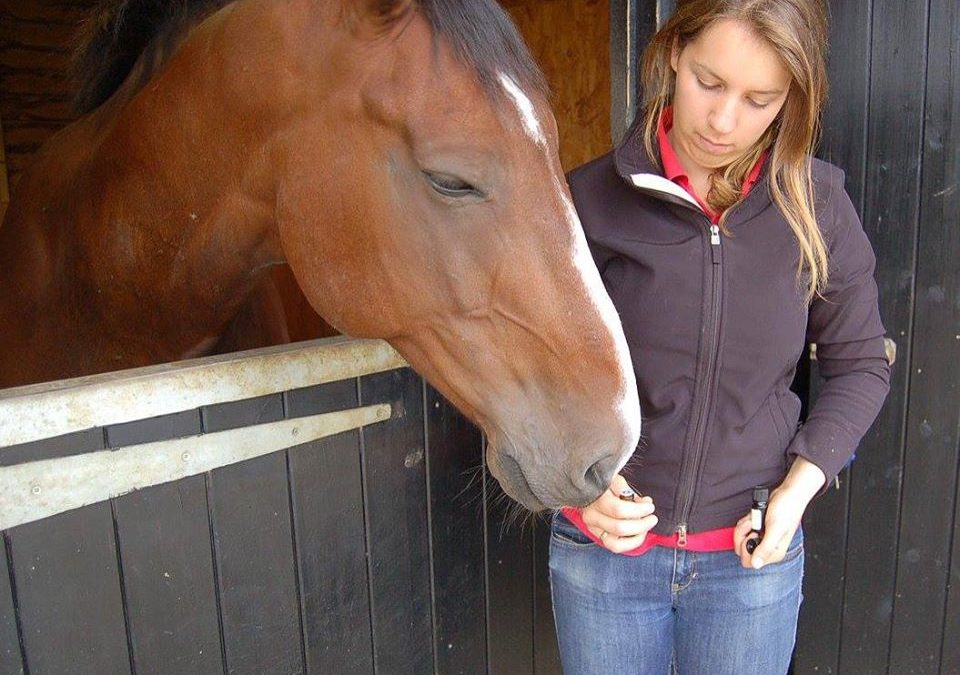 Such a great question about a fascinating topic, I met Beth and instantly hit it off and have seen her own animals and referred her to many of my own clients.  She writes here on her ‘zone of genius’ topic and I invite you to read and respond to it with your questions as she will be doing further posts later this year.

Zoopharmacognosy is the practice in which wild animals self-medicate using an evolutionary adaptation in which their innate instinct enables them to communicate and relate with medicinal plants within their environment, to bring about health and wellbeing.

The term zoopharmacognosy originates from Greek words, zoo (“animal”), pharma (“drug”), and gnosy (“knowing”). Unfortunately, domestication has restricted the opportunity for animals to use their instinctive knowledge to select nature’s medicines. Applied Zoopharmacognosy takes this practice into captive and domestic environments.

Learning animal language through the observance of self-medication.

The sense of smell to the animal kingdom plays such an important role, not only as a way to communicate and identify others of the same or different species, but also plays a vital role in how they relate to medicinal plants. Since the dawn of time animals have evolved an innate ability in which they are able to self-select medicines that nature has provided for survival.

There are a number of theories on how animals have acquired the knowledge to self-medicate. Through evolution and natural selection, the relationship between animals and plants has resulted in animals developing a number of strategies to utilize the medicinal properties of plants. 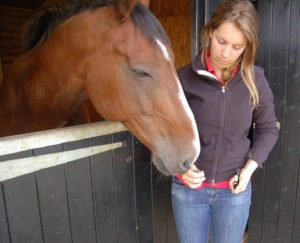 Where is the evidence of animal self medication?

Wild animals are able to seek out medicinal plants at the first signs of poor health, but because our domesticated and captive animals rarely have the opportunity to forage on a wide variety of medicinal plants, more challenging health problems often occur.

Domesticated dogs and cats can be seen to display such behavior by the ingestion of grass to induce vomiting or perhaps for nutritional reasons.

Observation of animal behavior has shown evidence of how wild animals self-medicate. Such examples can be seen by great Apes which can be subject to numerous parasite species, ingesting the bitter pith of Vernonia Amagdalina.

This plant contains active chemical compounds that are anti-parasitic (Mamillapalli et al. 2016). Other examples include red and green Macaws of the Amazonian river banks that have been observed ingesting clay to neutralize toxins (Gilardi, D. 1996).

External use of plant medicine can also be seen by animals that use masticated plant material and other objects such as insects to rub on to external areas of the body.

The use of several species of citrus fruits are rubbed into the fur by the Capuchin monkey (Cebus capucinus) (Baker, M. 1996).

Help your animals self-medicate and heal themselves.

Animals with the same symptoms may choose to select a different remedy which is why this approach highlights the fact that this is individualized medicine. 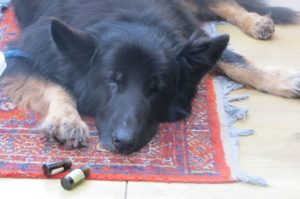 How do animals self medicate?

The state of an animal’s health can alter the taste and smell preferences of a plant, for a healthy animal it would be deterred by the plant’s bitter taste and perhaps putrid smell.

Once the selected plants have dealt with the problem the animal should then proceed to reject the extracts that have been selected, demonstrating the animal’s very own dosing mechanism.

Based on these principles it is advised not to add medicinal compounds to feed as, if not needed, the animal has no control over its dose and it may cause adverse effects.

Depending on where and what the problem is, it will determine how an animal will choose to self-medicate, which could be in the form of ingestion, sublingual administration, smelling, inhalation, flehmens response, and topical application.

How do cats self medicate?

Generally, the range of remedies that cats select are fewer than those selected by herbivores, which eat plants as part of their diet. For cats, essential oils are not generally applied topically or usually taken by mouth but instead are inhaled. Inhalation would be a behavior practiced in the wild as they roll on a plant to release its fragrance.

Cats are able to cope with the plant oils that they require but an unwanted oil can be relatively toxic. The issue is that cats lack the enzymes needed that are involved with breaking down some chemical compounds. Many ornamental house plants are toxic to pets.

An explanation for this is that millions of years ago the ancestors of our pets have been isolated from tropical areas, where many exotic houseplants originate from.

This isolation has meant the animals would never have the need to evolve the identification and mechanisms needed to deal with these toxins.

Macerated (infused oils) extracts can often be licked by cats with skin conditions. Macerates could be similar to what a cat would find in the gut of its kill. Clay also works well on wounds which may also be a behavior practiced in the wild.

Why do animals self medicate using plants they have not previously encountered for health benefits?

Plants contain many chemical constituents that are shared by different plant species across the globe and, through the relationship that has evolved, animals are able to detect therapeutic compounds within plants rather than the plant as a whole. For example, Linalool, the principal constituent in Lavender, can be found in over 200 species of the plant throughout the world.

In the wild animals would generally self-medicate using fresh plants and naturally occurring substances, so why offer plant extracts such as dried herbs, macerates, and essential oils instead?

As a general rule, fresh plants have a smaller concentration of medicinal constituents than plant extracts, for example, 5ml of garlic essential oil is equivalent to 10 kilos of garlic bulbs. In the wild, an animal has the opportunity to self-medicate as soon as it starts feeling unwell and so can knock the condition on the head as soon as it arises.

Captive and domestic animals do not usually have this opportunity, which means their condition can worsen to such an extent that the concentration of medicinal compounds found in the fresh plant would not be enough. 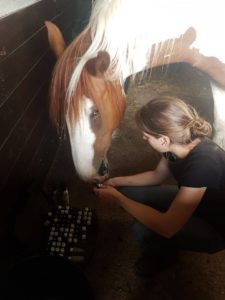 How can I tell when an animal is self-medicating?

Applied Zoopharmcognosy provides a holistic approach to animal health.  During a consultation, reading an animal’s body language in response to an extract offered is key to determining whether or not it has been selected.

It is important that animals are allowed to walk away from a remedy that is not needed as that ensures that it is not forced upon them.

Each animal is different in its response to an extract and may only show subtle signs of interest when an extract is needed.

Important facts to remember is that one man’s medicine is another man’s poison so it is important not to force a plant extract on any animals whether it be in the feed or topically and allow your animal to walk away from any remedy that has been offered.

Please be aware if your animal is on medication as this may affect the potency of the plant chemicals and vice versa. Always consult with your veterinarian. Good quality plant extracts are essential to obtain results.

Animals achieve the greatest success when they have acquired the correct dose with high-quality plant extracts.  Poor quality or adulterated extracts may not be selected leaving you thinking that your animal does not need the remedy.

The process of animals using plant extracts to self –medicate is not only an extension of nutrition but is a homeostatic behavior and environmental enrichment. Providing an opportunity for individual self-medication should be considered one of the fundamental principles for animal health and welfare.

Guest blog by Beth Chamberlin
Applied Zoopharmacognosy
If you are curious and want to book a session with Beth then please go ahead and visit her website here.