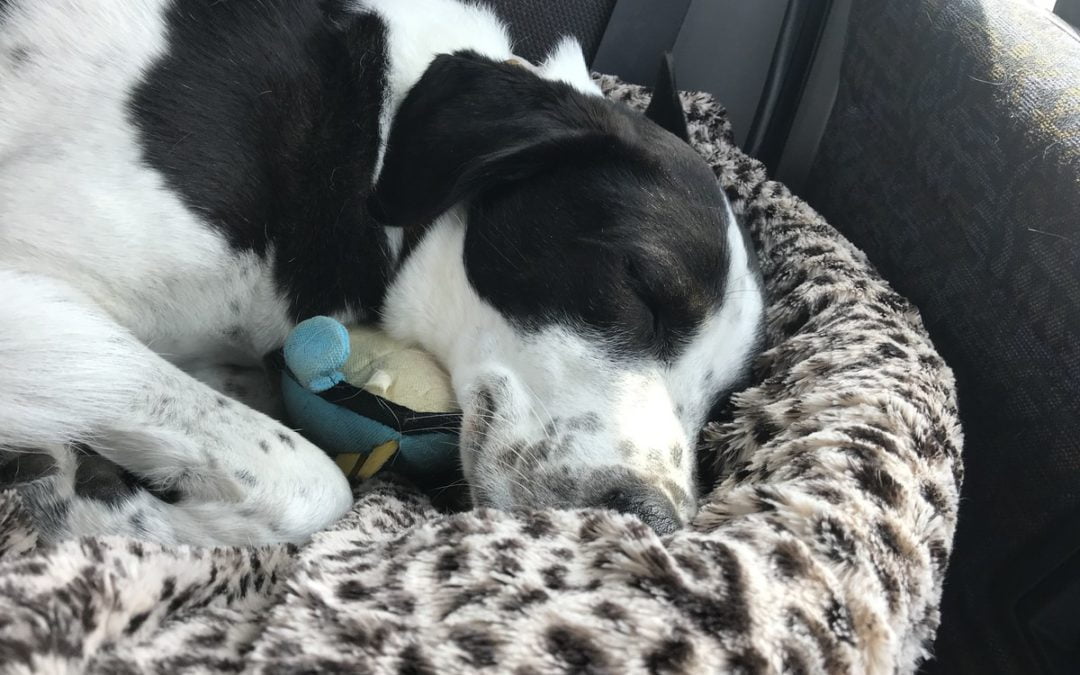 Taking on our rescue dog came with a few complications, and approaching things holistically we achieved great results with his health and happiness, however this was not achieved with a quick fix.

Having been an outside dog he eventually came inside, with some encouragement from some of his favourite humans over a period of 3 months. By Christmas he had adopted his own sofa and was really settling into UK home life.

Marshall soon started to display challenges with his bladder and leaked urine, dribbles to begin with which he lay in, swellings appeared on his groin area which looked like testicles, however he had been castrated so we took him to the vet.

They diagnosed an Inguinal hernia and booked him in for surgery, when we picked him up I was surprised to hear that the operation wasn’t a total success, that the hernia was very difficult to close and that he was to come home, with no collar and to be kept quiet while it healed. Only it didn’t heal properly and he became very grumpy.

This was an important lesson, dogs growl as a form of communicating with us. It is a warning to back off, to give space or that his usual tolerance for human company was very low.

Our holistic vet had been to visit Marshall with the low level laser, brilliant for soft tissue recovery and recommended we call our vet, after that call I asked for an immediate referral to Dick Whites in Newmarket as he was so swollen and the wound was not healing.

I explained to Marshall what was happening for him and dropped him off, to a lovely vet nurse and waited to hear from them.

Later that day the consultant phoned me and let me know surgery had gone well though I was surprised to learn it wasn’t a hernia, in fact his bladder was detached and upon an X-ray it appeared he had been in an accident when young as he had a lot of arthritis in his hip. He has been repaired but needed absolute rest, we made the decision to keep him at the animal hospital for 4 more days.

He was delighted to see me when I picked him up and ensured he didn’t do anything silly like jump up, he had a collar and had to be on very short walks just 10 mins on the lead, twice a day. This was another important stage of his recovery so as not to undo all the work that had been done putting him back together.

Marshall had a quiet few weeks, sometimes the cats would tease him but they soon learned he wasn’t in the mood and let him be. We gave him a pale blue blanket to lay on, a soothing and calming colour along with arnica to help with bruising.

We encouraged Marshall to sleep as much as possible and kept him contained in a very small space, no jumping on the sofa or our laps was allowed.

Our holistic vet came weekly to treat him with laser once more and Marshall would lay down on the floor waiting for her.

He often received reiki and loved those treatments too.

As the weeks went past he improved and returned to his relaxed and happy self once more and with one final visit to the animal hospital, he was discharged with a clean bill of health.

We really had to focus on his nutrition with his arthritis in mind.

It was a shift for him as we ensured he was on a grain-free diet, minimum chicken with wet or raw food with chondroitin and MSM Supplements as well as some veggies and the odd egg or sardine.

This came after he was up on his feet and exercising regularly. I asked Lisa Stilwell to come and visit and was instantly put at ease with her through examination, gait analysis and background assessment. Marshall instantly warmed to her and lay on her special rug.

After just 3 treatments she was able to really work on Marshall’s physical form and work out tightness, knots and physical imbalance in his body. He loved her treatments and it was clear to see the improvement from his wonky hips and a shape spine, he even stopped running sideways like a crab! 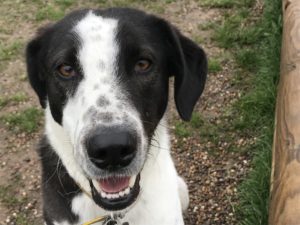 We checked with the vet that he was fit and well enough to go through this before we booked the sessions and having overcome the ramp at the local parks dog agility we felt he would cope with the big ramp at Blue Bear. The ladies there made him feel like a superstar and took great care of him. He went up the big ramp with ease and was soon walking down the ramp and getting himself in the pool.

During Hydrotherapy he learned how to use his back and legs properly.

Within a few weeks he developed muscles where he had never had them before. He had to stay on short lead walks during the 10 weeks so that his new muscles developed in the right way and he coped with that quite well, though he definitely missed his play dates with his doggie friends.

He would look out of the car and know exactly where we were heading, walk into reception really confidently and say hello to all the girls there.

In fact Marshall became so confident in the pool he surprised us on a woodland walk one day, as he jumped off the pontoon into a pond while on the lead, he was so excited about his new found confidence around the water.

Marshall has made excellent progress in this time with us and the key components to his success can be summarised as:

Seeking professional help.
If in doubt, get a second opinion.
Love, love and lots of it.
Time and plenty of patience.
Peace and quiet – all healing, rest and recovery requires this in abundance.
A holistic approach – no one thing on its own created the positive changes in Marshall’s health and happiness, a combination of professional intervention, natural and complimentary therapy along with time, structure, love and nature all created this lasting change.

If you are puzzled about putting together the right care plan for your animals long term health and happiness and want to talk it through, I offer a complimentary half an hour call which you can book here.